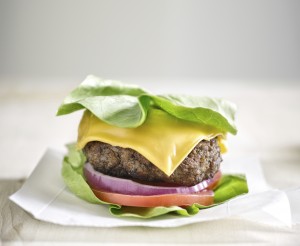 I never thought I’d live to see the day, but last year the news finally came out: saturated fat isn’t bad for you.

So now, the raging question has become: Should dietitians shift the long-held dietary advice on saturated fats in relation to cholesterol levels and heart disease risk?

Of course they should. In fact, I want the advice to go even further.  And dispel the entire cholesterol and heart disease myth in the first place (at least, as they’re framing it). But let’s stick to saturated fats here and leave that discussion for another day.

Allow me to set the scene…

In October 2013, an opinion piece written by cardiologist Dr. Aseem Malhotra was published in the British Medical Journal. The article, “Saturated fat is not the major issue: Let’s bust the myth of its role in heart disease,” was very widely discussed in media.

Then, in March 2014, a bombshell paper was published in the Annals of Internal Medicine. Impeccable expertise went into the study—explosive results came out.

Researchers did a systematic review and meta-analysis of published studies reporting dietary, circulating or supplement-source fatty acids and the risk of coronary disease.

In other words, a lot of evidence.

But then came the results regarding saturated fat. And what the researchers discovered shocked the mainstream medical community (though it hardly surprised me).

Dietary saturated fat had essentially no negative effect on heart risk whatsoever. And the mainstream’s go-to “healthy” fats—polyunsaturated sources you find in nearly every packaged food there is, like corn, safflower, and soybean oil? They showed absolutely no positive effect.

After their thorough review, the researchers concluded “current evidence does not clearly support cardiovascular guidelines that encourage high consumption of polyunsaturated fatty acids and low consumption of total saturated fats.”

It couldn’t be any clearer.

Yet debate over whether to actually DO anything about it has been looming in academic circles since the publication. And, as usual, the powers-that-be claim “more evidence is needed.”

More evidence like the studies showing that diets replacing saturated fats with carbohydrates (a la the food industry model for creating “fat-free” products) increase the risk of coronary disease? There have been plenty of those…but I still don’t see any changes happening to the official dietary guidelines and recommendations.

To me, that is the bottom line of this whole issue.  Again, we have incontrovertible proof that  focusing on reduction of saturated fats is wrong. Yet the folks with the power to change current policy are asking for still MORE evidence—and will continue to do so until they get the evidence they want to see.

All I can say is that most Americans like saturated fat like meat and butter. And if it’s good for you, well, that seems like an easy message to send. The more difficult message to accept is that in order to eat more saturated fat, you have to get rid of the sugar and carbohydrates that have been taking its place.

As I’ve said before, the government has its own ulterior motives for dragging its heels on this issue. And your health isn’t one of them.

It’s simple, really: Ignore the “advice” to banish saturated fat from your diet…and skip all those supposedly “healthy” polyunsaturated fats while you’re at it. Go ahead and enjoy a juicy burger, saturated fat and all. And top it with some thick slices of monounsaturated fat-rich avocado for a mouthwatering, healthy boost.