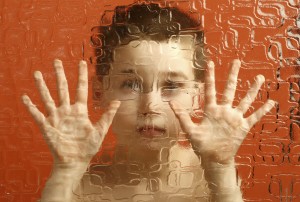 Yesterday, I told you about the dramatic increase in childhood mental and developmental disabilities—like autism and attention deficit hyperactivity disorder (ADHD). Of course, it seems that everyone has ADHD these days — both children and adults. But I don’t think most are being properly diagnosed. Especially the kids.

It is often the school that wants the diagnosis…so your child can behave according to their standards. But, a diagnosis of ADHD holds a stigma that can stick with your child for life. Preventing him or her from ever being in the armed forces, for example. And who knows what it will be like for them to apply for health insurance (if there’s any such thing when it comes time for that)?

So it’s critical to get this diagnosis right. Fortunately, there’s a promising new test on the horizon that may make finally make that easier.

According to new research, involuntary eye movements may provide an objective way to tell whether individuals have ADHD.

Unfortunately, this test isn’t widely available yet. But that doesn’t mean you have to blindly accept an ADHD diagnosis. And you don’t have to rush out and get that Adderall or Ritalin prescription filled.

I’ve written about some very effective, drug-free approaches that can make significant improvements in ADHD symptoms. Starting, of course, with focusing on nutrition.

Eliminating sugar, and packaged, processed foods can make a world of difference all by itself. And as I wrote about back in the August 2012 issue of my Logical Health Alternatives newsletter, so can a therapy called Nambudripad’s Allergy Elimination Technique (NAET). Reducing exposure to environmental toxins can also be a big help. And supplements like vitamin D and omega-3s from fish oil are critical in helping the brain to focus.

I’ve seen many patients—adults and children—make remarkable turnarounds with these completely natural approaches.

And don’t forget… kids have tons of energy. Unfortunately, in today’s world–surrounded by iPads, computers, TVs, and video games–they burn much less of it than ever before. And drastic cuts to recess and phys ed programs in schools aren’t helping matters. So making sure your kids get lots of physical activity is another crucial piece of the ADHD puzzle. Plus, it’ll keep them healthier and happier, to boot.