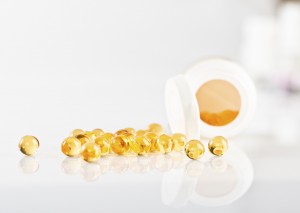 Occasionally I read a headline that makes me want to do a cartwheel. And this one did just that:

Part of my excitement was the content of the headline… but, of course, what that headline is saying is something I’ve already known and have been using with my patients for years. What was even more cartwheel-inducing, was the fact that the “experts”–at least some of them–are finally admitting that smart supplementation just may, you know, work.

Yes, the study was small. But it’s not the first of its kind. And the results were significant. Researchers found that in those with minor and pre-mild clinical impairment, the nutritional supplementation appeared to result in a clearance of the amyloid-beta protein associated with Alzheimer’s. They also found reduced inflammation in neurological tissues

Gerald Weissmann, M.D., Editor-in-Chief of The FASEB Journal, had this to say: “We’ve known for a long time that omega-3 fatty acids and some antioxidants can be beneficial to people with a wide range of health problems, as well as protective for healthy people. Now, we know that the effects of these supplements may extend to Alzheimer’s disease as well. Although these supplements are considered to be generally safe and are very easy to obtain, full-scale clinical trials are necessary to verify the findings of this research and to identify who might benefit the most.”

The first two sentences are great–but he should have stopped there. WHY would we need to identify who might benefit the most? EVERYONE can benefit from fish oil and antioxidants. Why spend more money verifying that this stuff is beneficial?

This isn’t the first time I have written about the fish oil-Alzheimer’s connection. Last December, I wrote an article entitled “Two simple supplements that can help you slam the brakes on Alzheimer’s.” And last September, I wrote about the brain (and other) benefits of just one serving of fish per week…not to mention fish oil every day.

How much fish oil to take? I generally recommend 3,000 mg of EPA and DHA per day, divided into two doses.