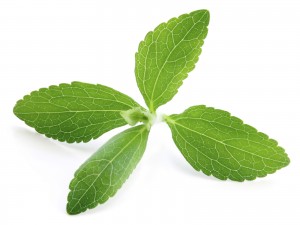 On Tuesday, I told you about a few artificial sweeteners that Americans have been fooled into believing are “healthy” sugar substitutes.

Obviously, they’re not. And more and more people are becoming aware of this fact. So they’re turning to natural sweeteners instead.

Trouble is, not all natural sweeteners are created equal, either. In fact, some of them are just as unhealthy as the high fructose corn syrup and refined sugar you’re trying to avoid. So today, I want to talk about a few of the more popular choices. And explain why there’s only one natural sweetener that I can wholeheartedly recommend.

So let’s get to it! Starting with my personal favorite, first…

If you want a sweetener, stevia is hands down the healthiest choice. Especially if you have diabetes.

Stevia is a diabetic’s best friend. It has zero calories, and it does not spike insulin. In fact, studies show that stevia may be effective in helping improve to blood glucose control and lowering blood pressure. Stevia is also credited with anti-inflammatory, anti-bacterial, anti-fungal, and anti-viral properties.

But even this sweetener comes with a little caveat. There are many different grades of stevia on the market. And unless you use a brand high in steviosides, there can be a bitter aftertaste.

You can find powdered brands in the sugar isle of a lot of grocery stores. Plain or flavored liquid stevia is widely available in health food stores or on the internet. Personally, I like Sweet Leaf the best. But you might find another version you like just as much.

Sugar alcohols are similar to sugar in sweetness, and can stand in for sugar in cooking.

Xylitol is the most common sugar alcohol. It’s made from birch bark or corn cobs. And it’s pretty widely considered safe. In fact, xylitol may actually boost immunity and help protect against degenerative diseases. Research shows it can also prevent growth of harmful bacteria, which helps to reduce plaque on teeth and prevent cavities.

But there’s a catch. Some people do have troubling side effects from sugar alcohols—like gas, bloating, cramps, and diarrhea. And these aren’t exactly minor complaints—particularly if you’re consuming a lot of sugar alcohols on a regular basis. Plus, although these sugar substitutes contain zero (or minimal) calories, they can impact insulin levels.

This is stevia’s sophisticated cousin. It’s a combination of stevia and erythritol (another sugar alcohol). It is readily available in grocery stores and is easy to use in cooking or coffee, as it has a similar consistency to sugar.

But despite the fact that it’s easy to find and it doesn’t affect blood sugar levels, I don’t wholeheartedly endorse the use of these designer stevia siblings, because they’re pretty heavily processed and primarily composed of sugar alcohol. (Not to mention other mystery ingredients.)

And even though erythritol seems to cause less GI symptoms than xylitol or mannitol (another sugar alcohol), it’s still a concern.

The medicinal qualities of honey have been hailed since ancient times. And modern science has confirmed that yes, honey is oozing with antioxidants and healing microbes. As a sweetener, it’s a perfectly natural blend of sucrose (sugar) and fructose—but without the harmful effects of HFCS. So honey is definitely a safe, natural substitute for sugar.

But—and this is a big but—just like refined sugar, honey does affect blood sugar. It also has slightly more carbohydrates and more calories per teaspoon, too. So that makes it a bad idea for people with diabetes or pre-diabetes. And for everyone else, moderation is crucial.

Palm sugar comes from the flowers that grow high on coconut trees. (That’s why it’s sometimes called coconut sugar.) The nectar is collected and air-dried to form the crystalline sugar. It looks, tastes, dissolves, and melts almost exactly like sugar. But it’s completely natural and unrefined.

However, palm sugar is not a calorie-free sweetener. It has calories like any carbohydrate.

What sets it apart is its relatively low glycemic index. So the calories are supposedly absorbed into the bloodstream at a significantly slower rate than regular refined sugar. This is the reason it appeals to those monitoring their blood-sugar levels and attempting to avoid blood-sugar spikes.

However, I am not altogether on-board with the theory that palm sugar is good for you just because it’s low-glycemic. Food issues are always more complex than that. And if you’re trying to lose weight, I would avoid it.
Agave

Agave, which comes from a desert plant, has received a lot of attention recently as an alternative to sugar. But unfortunately, its reputation is more than a little deceptive. Dangerously so, in my opinion.

Agave is fructose that is processed into a syrup or liquid, similar to high fructose corn syrup. And by similar, I mean that it features every bit as much fructose as HFCS. In fact, agave is almost entirely fructose. Which should tell you all you need to know about this particular sweetener.

Sure, it’s more “pure” than HFCS. But it’s still a processed fructose that absolutely impacts blood sugar and insulin levels.

So I don’t recommend it.

In fact, the only sweetener I personally use is stevia. And even then, I only use it sparingly.

Remember, the whole point of the Fed Up Sugar Challenge is to balance your body and re-sensitize your taste buds. Reach this goal, and you’ll see that just a touch of sweetness really does go a long way.