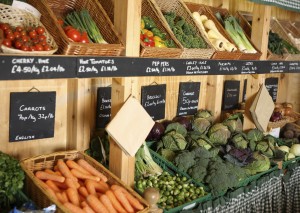 There’s a new review making the rounds. And its conclusion, in a nutshell, is that no single  dietary strategy is healthier than another. The author calls the very idea “utter nonsense.”

Obviously, this statement doesn’t sit right with me. Mostly because it lumps all “diets” into the same category.

So naturally, I wanted to see how the lead author of this paper supported his statements. And I have to say, I was little surprised at what I found.

Because as it turns out, there’s a whole lot we agree on.

Like that fact that the “diet wars” are confusing people with contradictory messages and questionable advice. Every diet out there claims to be “the best.” But despite my wholehearted belief in the power of my New Hamptons Health Miracle, I’m also the first to admit that there are no magic bullets in the quest for good health. Though I know plenty of people have earned a fortune selling them. And that’s part of the reason this country just keeps getting fatter.

Case in point: Giving up gluten isn’t going to do much for your waistline if your pantry’s packed with a bunch of “gluten-free” cookies. Same goes for mass-produced, packaged products claiming to be low-carb, low-fat, or low-anything.

This is just plain common sense. And when dieters don’t follow it, of course they’re not going to get healthier. Which only gives so-called experts more ammo to dismiss perfectly healthy eating habits as “fad diets.”

Meanwhile, outdated dietary standards are somehow still getting the royal treatment. And mainstream coverage is still heavily biased towards the American Heart Association’s Dietary Approaches to Stop Hypertension (DASH) diet. This old low-fat, low-sodium mantra has ruled long past its expiration date at this point.

Needless to say, it’s not an approach I would routinely recommend. (And by routinely, I mean ever.)

Sure, conventional wisdom is starting to come around on the subject of healthy fats. (I even read an article on the subject in The New York Times’ science section recently.) Though you and I both know there’s still plenty of public misinformation in that department.

I would say that the only thing we can all agree on is that sugar kills. Except the American Diabetes Association seems to think it’s perfectly okay “in moderation.”

Would you give that kind of advice to a drug addict? No, you wouldn’t. And guess what? Research shows sugar is every bit as addictive as heroin or cocaine.

Unfortunately, you can find published “evidence” to support almost any piece of dietary advice—even the wrong kind. So I can only suggest that you always be wary of its source.

Personal agendas can be powerful, especially when money’s involved. Of course the Corn Refiner’s Association is going to tell you high fructose corn syrup is fine. The National Dairy Council is going to tell you milk does a body good. And the Wheat Foods Council is going to sell you on the benefits of whole grains. But if you follow the money trail, you’ll find most of the studies “proving” these foods are good for you are funded by the very organizations who stand to profit from them.

So what are you supposed to believe? Well, I’ll let the author of the review I told you about earlier settle this matter. According to his findings:

“A diet of minimally processed foods close to nature, predominantly plants, is decisively associated with health promotion and disease prevention and is consistent with the salient components of seemingly distinct dietary approaches.”

Translation: When all is said and done, if you eat real food, you can’t go wrong.

Ditch the processed, bagged, canned, and boxed garbage. Pack your plate with local, fresh vegetables and fruits. And fill the space that’s left with responsibly sourced lean protein and healthy fats from foods like fish, avocado, and nuts.

So while I agree with a lot of what this new review said, I’m going to go out on a limb here and disagree with the sweeping conclusion that no single dietary strategy is better than any other. Because, based on the author’s criteria, a low-sugar, whole-food diet like my New Hamptons Health Miracle actually is the healthiest kind of diet.

Am I biased? You bet. But I have good reason to be. Because you know what? It’s not a fad. It’s not even a diet. It’s just a smart, sensible, sustainable way to eat. And everyone who has adopted this approach—you and I included—can see and feel the benefits first hand.