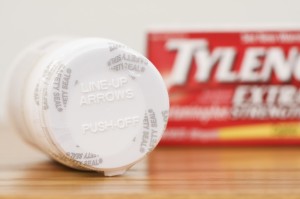 You know I don’t recommend over-the-counter painkillers. Now a recent new study provides yet another reason to avoid them — particularly, acetaminophen. Yes, I’m talking about you, Tylenol.

It turns out acetaminophen doesn’t just dull pain … it also dulls your emotions.

The study featured two experiments, each involving about 80 college students. In the first, half of the students took 1,000 mg of acetaminophen, and the other half took a dummy pill. Then, all were shown images deemed to be positive (happy kids playing with cute animals) and negative (sickly, underfed children), and they indicated how each set of images made them feel.

Those who took the acetaminophen had more muted responses to both the positive and negative images.

In the second experiment, they looked at the same images, but had to indicate how much blue they saw in each. The responses were similar in both groups. This further suggested that only emotions were affected … not actual judgment.

Even still, there’s more than enough bad news here. And it’s just the tip of the iceberg. I’ve written plenty about the dangers of acetaminophen, from liver damage to increased risk of asthma, skin diseases, hearing loss and more. And let’s not forget the thousands of Americans who die yearly from accidental overdose of this garbage.  Which isn’t surprising given the constant TV commercials and print ads enticing you to take it to get through your day, then enjoy the convenient nighttime version with an added sleep aid!

Looking for a safer alternative to nagging aches and pains? Just type “natural pain reliever” into the search bar on my website, drpescatore.com, and you’ll find an array of ideas for everything from arthritis to back pain.