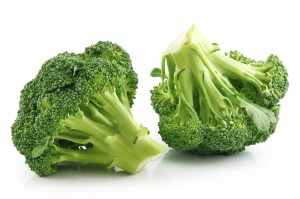 They’re at it again…another group of food chemists have been tinkering with nature — to make an already healthy food supposedly “healthier.”

And what’s worse, it’s all in the interest of protecting the public from one of the longest-running health-scare scams in the history of mankind!

This time, they’re messing with one of my all-time favorite health foods — broccoli. Not only is it incredibly versatile in the kitchen, but it’s also very high in sulforaphanes: molecules with antioxidant properties that help protect against kidney disease, neurodegenerative diseases, and even cancer — not to mention helping keep hormones in check.

But apparently that’s still not good enough for this illustrious group of food chemists … so they went to work in the lab, to start cooking up a sadly modified version. Turning broccoli from a superfood into yet another genetically modified Frankenfood.

I wrote less than a month ago about the dangers of GMO Frankenfoods, and this is another scary addition … and for all the WRONG reasons.

The new Frankenfood version of broccoli has been created to contain higher amounts of glucoraphanin. (It’s already being sold in supermarkets in England, under the name “Beneforte.”)

What’s the big deal about glucoraphanin content? It’s the compound that an enzyme (called myrosinase) transforms into the above-mentioned sulforaphane during chewing.

Glucoraphanin is extremely beneficial in its natural function … as a means to an end.  But now, those crafty food scientists are putting it front and center, rather than letting it retain its nature-made function.

The scientists reported that it’s been shown that glucoraphanin, on its own, may reduce cholesterol by altering the body’s fat-synthesizing signal pathways. Essentially it stops excess fat and sugar from converting into cholesterol.

There they are! Those buzzwords that get people spending their money: “Reduces cholesterol.”

First of all, altering the way the body metabolizes fat is not a healthy approach. Let’s not forget the disastrous weight-loss ingredient Olestra, which had so many people experiencing rather unsavory digestive effects (i.e., pooping their pants).

Fatty acid metabolism is so critical for our health that no one should be messing with it in a non-natural way.

Now on to the cholesterol claims … as published in the journal Molecular Nutrition & Food Research.

Researchers concluded that while consuming standard broccoli could also reduce cholesterol, the effect was much greater with the “Franken” variety.

These results came from two independent studies. One hundred and thirty volunteers were instructed to eat either 400 g of regular broccoli per day or 400 g of the Franken-broccoli per day (again, the one modified to contain a high amount of glucoraphanin) in addition to their normal diet. Cholesterol levels were measured both before and after a 12-week period.

So, yes, glucoraphanin may reduce LDL cholesterol. However, if you’ve been reading my Reality Health Check newsletters even semi-regularly, you’ll know that cholesterol, in itself, isn’t the troublemaker the medical “authorities” say it is.

To reiterate my stance, cholesterol is an inflammatory marker in the body, not a cause of heart disease or other disease. And lowering it will do nothing to help lower your risk of having a heart attack or dying from heart disease. In fact, artificially lowering cholesterol using drugs or GMO foods may only put your health at greater risk!

Cholesterol is actually needed to help the body heal the damages of your arterial cell linings caused from eating too much sugar. So the real solution to avoiding a heart attack is to stop eating sugar. There’s no need to create a whole new line of Frankenfoods to fight cholesterol!

The more we change the chemical nature of our food, the less we know about what it may do to our body over time. Food should be pure — not a play-toy for food chemists.