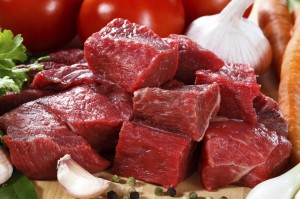 Whenever an alternative approach gets popular or, heaven forbid, looks like it might be healthier than the mainstream standard, so-called “experts” come out of the woodwork to throw slings and arrows at it. So it’s not altogether surprising that the latest subject of scrutiny is the increasingly popular Paleo diet.

In case you’re not familiar with it, the Paleo diet is an exceptionally low-carb, low-sugar diet. It’s similar to my New Hamptons Health Miracle in principle, though it doesn’t share the specific tweaks that make my approach even more effective. Still, like any low-carb approach, the Paleo diet has proven health benefits.

Of course, the benefits of the Paleo diet threaten the long-held (i.e. outdated) dietary guidelines our government health officials so desperately cling to. Not to mention the massive profits the food industry rakes in with sales of its packaged, processed garbage. So of course they’ve sent in their minions to “prove” Paleo is all hype.

According to a new study published in The Quarterly Review of Biology, there’s no such thing as a true Paleo diet.

The researchers report that early humans were most likely dietary “jacks-of-all-trades.”

“There’s very little evidence that any early hominids had very specialized diets or there were specific food categories that seemed particularly important,” said one of the study’s authors.

I’m not exactly sure what they’re getting at. Yes, early humans were hunters and gatherers—by definition gathering what they could find, killing an occasional animal. You know, surviving. Still, these researchers maintain their proud supposition that Paleo people didn’t actually stick to a Paleo diet.

The researchers also noted, “Throughout the vast majority of our evolutionary history, balancing the diet was not a big issue.”

Again…what point are they trying to make here?

Early humans didn’t worry about eating a nutritious, balanced diet because they didn’t NEED to. The only things available to them were natural, unprocessed foods. Which is what the Paleo diet attempts to emulate.

Up to this point, their argument is weak, at best. But then it takes a downright petty turn.

“Everyone would agree that ancestral diets didn’t include Twinkies,” said one of the study authors, “but I’m sure our ancestors would have eaten them if they grew on trees.”

Maybe. But guess what? Twinkies didn’t grow on trees back then…And they don’t grow on trees now, either. That’s precisely the point of the Paleo diet. And these so-called “experts” have missed it entirely.

They can make fun of Paleo all they want, but the truth is, our genetic codes have been getting worse and worse due to the “advances” of modern civilization like preservatives, GMOs, and mountains of added sugar. It’s been proven that the genetic link to obesity has gotten stronger since WWII.

So are we really in a position to mock the natural, unprocessed diets our ancestors ate—before obesity, diabetes, heart disease, and cancer were the norm?

Let’s get back to Paleo specifically. For a moment, put aside any debate about exactly what types of foods early humans ate. We know for sure that they ate fewer carbs than we do today. And the ones they did eat came from fruits and vegetables—not from Dunkin Donuts. Added sugar also didn’t exist back then. Again, any sugar in their diet came from natural sources like berries. And there were certainly no specialty “low-fat” foods like we have whole grocery aisles dedicated to. In fact, early humans didn’t shy away from fat at all. Quite the opposite. When they had the opportunity to eat it, they did—knowing instinctively that it would keep them satiated and nourished.

And the benefits of emulating this dietary approach aren’t just hypothetical. I have cited many studies, including one published last fall showing that people who avoid carbohydrates and eat more fat—even saturated fat—lose more body fat and have fewer cardiovascular risks than people who follow the low-fat, carb-heavy diet health authorities have blindly favored for decades.

Despite all this evidence, these researchers concluded that early humans had much shorter life spans than today—so they claim it’s difficult to say if their diet was “healthier.”

To that, I say hogwash.

It’s simple common sense that a diet based on whole, natural, unprocessed food is far more nutritious than the sugar-laden, processed monstrosity that is the Standard American Diet (so aptly nicknamed SAD).

And the sooner we accept this fact as a society, the better our chances of avoiding extinction.

“Blood, Bulbs, and Bunodonts: On Evolutionary Ecology and the Diets of Ardipithecus, Australopithecus, and Early Homo.” The Quarterly Review of Biology. 2014 89(4):319-57

“The Paleo diet and cavemen: There may not be a connection after all,” Medical Daily, 12/20/14