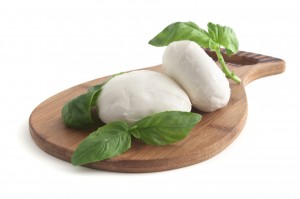 I can’t tell you how many times new patients look at me in complete shock when I tell them they don’t have to avoid eating cheese. Unfortunately cheese gets quite a bad rap thanks to those who have railed against fat and calories for so long. But the truth is, not only does cheese just make everything taste better — it’s incredibly good for you, too!

I’ve written about the benefits of cheese before, from lowering blood pressure and fighting inflammation to lessened diabetes risk.

Now, a new study adds to the good news … linking cheese to a faster metabolism, reduced obesity, and — due to that — potentially a longer life.

The study looked at the benefits of fermented dairy products, such as cheese. The lead researcher, a food scientist in Denmark, analyzed urine and fecal samples from 15 men whose diets either contained cheese and milk, or contained butter with no other dairy products.

The findings: those in the cheese group had higher levels of butyric acid, a gut microbe that has been linked to lower obesity and faster metabolism. You know that I’m constantly ringing the bell for taking a multi-strain probiotic that contains this and other types of healthy bacteria. This is yet more evidence supporting that … and more proof that those healthy bacteria work.

The researchers noted that the above conclusion “suggests a role for gut microbes and further shore up the connection between cheese and the French paradox.”

That paradox? French people enjoy a relatively low incidence of coronary heart disease and have an average life expectancy of 82 years … all while eating an average of 23.9 kg of cheese per year per person. Plus, plenty of other “forbidden” foods, from meats to dark chocolate. Of course, while these foods are high in saturated fat, they’re low in sugar and carbs.

Your takeaway: have some mozzarella string cheese as an afternoon snack with a handful of almonds, make a gooey cheddar omelet for breakfast tomorrow, and have a juicy grilled burger with some crumbled Roquefort on top this weekend (just skip the bun).