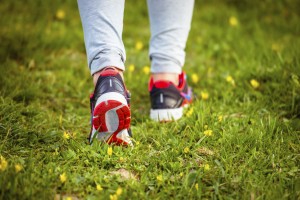 I know I harp on this time and again, but I can’t help but cringe every time a new patient tells me they just don’t have time for exercise. While exercising may seem ominous, as I’ve said before–it really doesn’t take much to benefit. And now a new study proves how LITTLE it really takes to prolong your life. And you won’t believe just how little effort it takes!

CKD may seem like a random connection, but it’s really not: so many diseases, including obesity and diabetes (to name a few), all lead to kidney disease.

Of course, we’re all now familiar with the studies that suggest that sitting for long periods of time may increase the risk for chronic disease and early death. This is why the government released The Physical Activity Guidelines for Americans, in which they recommend at least 150 minutes of moderate-intensity activity or 75 minutes of vigorous-intensity activity per week (2 percent, on average, of total awake time). Still, 80 percent of Americans fail to meet this goal.

And here’s the ironic cherry on top of the study results… In both groups (those with CKD and not), trading off sitting with more moderate/vigorous activity (i.e., jogging instead of simply walking), resulted in a “nonsignificant lowering of mortality risk.” So, the less-is-more exercise approach I have been teaching you is effective.

The authors, being biased in the conventional medical model (meaning you shouldn’t say things to rock the apple cart) noted, “Based on these results we would recommend adding two minutes of walking each hour in combination with their normal activities, which should include 2.5 hours of moderate exercise each week.”

As I’ve noted before, there really is no evidence to support the 2.5 hours of moderate exercise, yet we have to recommend it anyway because that’s what the government says to do. It’s absolute madness to think that recommending something that people find impossible to do will make any changes–it hasn’t worked and it never will. The recommendations are always either too much or too little.

What’s wrong with recommending just a few minutes of light walking each day?

The authors go further to hypothesize that the lack of association between moderate/vigorous activity and a reduction in mortality risk may be because of a low amount of this type of activity in the study population. And you know why? No one has the time or inclination to do it…especially in this segment of the population who didn’t grow up with exercise as an enjoyable activity.

Bottom line is: It doesn’t take much to increase your life span. Eat less and better, and exercise just a wee bit more. That’s not so hard!