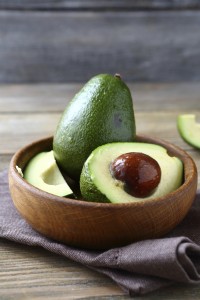 I love when one of my favorite foods becomes a star—especially when it’s one that has been vilified for years.

Now, you know how I feel about cholesterol. The whole notion of “bad” and “good” cholesterol isn’t as black-and-white as mainstream medicine makes it out to be (a topic I discussed in detail in the November 2014 issue of my Logical Health Alternatives newsletter).

I firmly believe that what most doctors term “high cholesterol” isn’t necessarily dangerous. And it’s a simple fact that statins are rampantly overprescribed. But that doesn’t mean I advocate through-the-roof cholesterol levels. So if something as safe as an avocado—which has so many other health benefits besides—can help you keep those levels in a healthy range…well, it’s sort of a no-brainer.

So, with that in mind, let’s take a closer look at this new study, published in the Journal of the American Heart Association.

Researchers tested three different diets, all designed to lower cholesterol: a lower-fat diet, consisting of 24 percent of calories as fat, and two “moderate fat” diets, with 34 percent of calories from fat. The moderate-fat diets were nearly identical, except one incorporated an avocado every day.

All three diets significantly lowered LDL (often referred to as “bad” cholesterol). But participants on the avocado diet experienced an even greater reduction (of 13.5 mg/dL, to be exact) in LDL, compared to the other two diets. Several additional blood measurements (including triglyceride levels and total cholesterol) also improved more on the avocado diet versus the other two diets.

I don’t agree with all of their advice (because it’s often about as archaic as feathered hair and bellbottoms), but I have to give credit to the American Heart Association for this study. For once, they got it right. Granted, I do think they’re late on this one. But better-late-than-never certainly applies.

And the real point here, which you’ve heard from me many times before, is that fat is not bad for you. For years, far too many people have shied away from avocados because they were branded “high-fat” by the fat-phobic mainstream. But, obviously, that’s not the heart hazard it’s been made out to be. Even the American Heart Association can’t deny that fact anymore.

So, move over, apples: It seems as if an avocado a day keeps the doctor away.

“Effect of a Moderate Fat Diet With and Without Avocados on Lipoprotein Particle Number, Size and Subclasses in Overweight and Obese Adults: A Randomized, Controlled Trial.” Journal of the American Heart Association 2015; 4: e001355