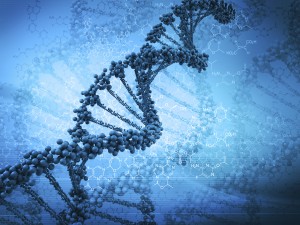 I don’t know how many times I’ve heard my patients use the excuse, “It must be genetics, doc!” And indeed, our genetic makeup can certainly impact our health. Obviously there are some things we can’t do anything about, like diseases tied directly to specific genes (Cystic fibrosis or ALS). However, there’s a growing body of evidence, and in fact a whole scientific discipline that’s emerged, related to how lifestyle and environmental factors can actually influence our genetics and that of our offspring. It’s called epigenetics.

And while it can get quite complicated, simply put, it’s the idea that things like diet, lifestyle behaviors, and even stress can somehow switch certain genes on or off, resulting in a change in our genetic traits.

As you may recall from science class…the traditional assumption in genetics was that changes to the human genome only occurred over many generations or even thousands of years. The problem with this assumption is that we’re starting to see some genetic changes occur much faster. And epigenetics helps explain it.

And it’s a topic that fascinates me, because it shows that the choices we make today affect generations to come. Both good and bad.

On that front, I heard about a fascinating epigenetics study at the last medical conference I attended. It looked at the impact of malnutrition during pregnancy on gene expression in adults.

This new genome-wide DNA study looked at adults born during the Dutch Hunger Winter of 1944-1945.

And here’s what those researchers found: those born to mothers who were malnourished during the first 10 weeks of pregnancy had changes in DNA methylation known to suppress genes involved in growth, development, and metabolism, including specific genes related to obesity and cholesterol.

And those changes were still present at age 59.

(DNA methylation, by the way, is just a process that modifies the function of the DNA; cells use this process to control gene expression, for better or for worse. Here, for worse.)

And let’s keep in mind that this very critical time for genetic expression occurs during the time when a woman may not even be aware that she is pregnant. Which further emphasizes the extreme importance of making healthy choices when you’re even remotely considering bringing another human being into this world.

As the researchers put it: “These findings provide additional evidence that the early gestation period is a critical time-window during which the prenatal environment may affect the human blood methylome.”

Here, the “additional” evidence note refers to the fact that this study’s author has previously conducted research revealing that famine exposure in the first trimester of pregnancy was associated with a 10 percent increase in mortality in 63 years.

While this fancy genetic stuff is interesting, the part of this story that really hit home for me when I was at the conference is that what happens to the grandmother doesn’t go away until the great granddaughter.

In other words, your grandmother produced a child, then she (and then you) were affected by what went on with her. So, three generations are affected by the circumstances of one person.  In genetic time, that is nothing; but, let’s put this into perspective when we are in the midst of a diabesity epidemic… We’re three generations out – minimum — before any genetic changes that may have already happened can possibly change. And that’s only if we start now. Scary stuff.

Don’t believe you can make these changes? You can. This isn’t the first time I’ve noted that the choices you make every day can determine your fate (and the fate of your kids and grandkids).

As I noted above, some of the genes affected in this study are ones that relate to obesity. And those can be controlled. I’ve spent my entire career showing thousands of patients how it can be done. Don’t know where to start? I laid out several extremely easy ideas in my Reality Health Check newsletter a few months ago, entitled “The growing global obesity pandemic… and three simple steps you can take NOW to sidestep it.”

“Early gestation as the critical time-window for changes in the prenatal environment to affect the adult human blood methylome.” International Journal of Epidemiology. Published online ahead of print.