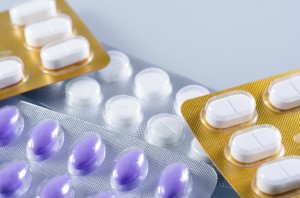 As you know by now, I detest statin drugs. But statins aren’t the only dangerous meds Big Pharma is thrusting upon us. There is another class of drugs I hate almost as much…one that’s heavily abused (though most people don’t even realize it because their doctors are the ones telling them to take them). In fact, one of the most popular brands of this class of drugs is among the top 3 most-prescribed and best-selling drugs on the market. And now it’s been linked to heart attacks.

I’m talking about acid blockers, for heartburn or gastroesophageal reflux disease (GERD). And the No. 1 seller in the category is Nexium. You know, the “little purple pill.”

People pop acid blockers like candy and take them for years on end. And because many are sold over-the-counter (OTC), most people assume they don’t have any negative side effects. The truth: Just because something is sold OTC, doesn’t make it safe or necessary. And the same holds true for prescriptions…just because your doctor prescribes it, doesn’t mean it’s safe or necessary.

In fact, in many cases, the side effects are still unknown and just being uncovered…since many of these drugs have only been studied in short clinical trials. And when I say short—I’m talking as little as 8 weeks! So to all those people who have been taking these drugs for months on end…you’re a walking guinea pig—and are taking a huge gamble on your life. And thanks to a recent new study, we know that gamble may be riskier than you’d imagine…

The new study has shown that chronic use of proton pump inhibitors (PPIs) increases your risk for myocardial infarction. That’s the medical term for a heart attack. And it includes the acid-blocking drugs Nexium, Prilosec, Prevacid, Zegerid, Kapidex, Aciphex, and Protonix. Note that Prilosec even has an OTC version!

The researchers report that patients with GERD who were exposed to PPIs had a 16-percent-increased risk of a heart attack. The investigators also found they double your risk of dying from heart disease.

All I can say is WHOA!

Don’t ever say I didn’t tell you so. I’ve been warning people of the risks of these drugs for years along with their cousins, the H2 blockers (including Tagamet, Pepcid, and Zantac) and even basic antacids like Rolaids and Tums. But it’s a difficult argument to make, since they do provide rapid results. No one wants to listen. But is it really worth it, when there ARE alternatives?

Clearly these results also suggest that physicians need to think more broadly about the potential adverse effects from drugs when they’re hastily prescribing them. You know, something called being responsible. Though I doubt they will ever hear of this study. And if they do, they will probably dismiss it, just as the actual researchers did. No joke…

The study’s researchers are not quite sure why the PPI-heart attack risk occurs, but here’s their best guess: it seems that PPI’s alter nitric oxide production (which is not only important for maintaining healthy blood vessels, but also–gentlemen, listen up–for getting and maintaining an erection).

And here’s the best part of the report: the researchers and those asked to review the data say this shouldn’t deter anyone from making any changes or decisions based on this data because it was just one study. But at the same time, an earlier pilot study showed a significant trend in support of the association between use of PPIs and heart attack.

So, why change a medication that could potentially cause you to have a heart attack, right?

Meanwhile, there are many things you can do to avoid even having the issues that send you running to PPIs in the first place. Such as eating right (no to the donuts; yes to low-carb, high-protein, whole foods that the body doesn’t have to jump through hoops to digest). And choosing appropriate nutritional supplements.

To learn about natural ways to banish your heartburn and related issues, without having to take these awful meds (and to learn yet more on why they’re so awful, if for some reason I didn’t convince you here), check out my past Reality Health Check article “Why your go-to antacid may be destroying your brain.” (Oh yeah, they destroy that, too.) At the end of the article, I list a bunch of natural supplements that relieve symptoms without ultimately making you sicker.

I know it seems a lot easier to pop a pill for your daily ills, and that taking a few steps back and making diet and lifestyle changes doesn’t provide the same instant gratification. But if you do the latter, you’ll ultimately wind up a lot healthier. And if you’re not convinced yet, let me speak to your wallet: A few changes now could save you from huge medical bills later. (Going to the hospital for a heart attack isn’t exactly cheap.)

“Proton Pump Inhibitor Usage and the Risk of Myocardial Infarction in the General Population.” PLOS One, June 10, 2015.  http://www.medscape.com/viewarticle/846202