I’ve warned you about it over and over again. But just in case there’s any doubt left in your mind that excess weight contributes to cancer, I have even more proof. 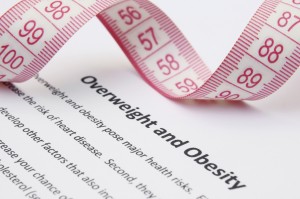 e majority of cancers diagnosed in the United Kingdom.

This was the largest study of BMI and cancer to date. And it’s conclusion can be summed up in a few bone chilling words…

Extra weight can kill you.

Yet did you see this plastered on front pages everywhere? Or as the top story on every major television news outlet? Of course not! The American public simply can’t face the fact that the horrific obesity epidemic we are in is killing us. And that we need someone to step in and stop it.

Why do most Americans think government regulation of food is a bad thing? I am by no means a socialist Far from it. But evidence is evidence. Food plays a role in cancer development. And the Standard American Diet (nicknamed SAD … for a reason) is killing us.

Our government regulates everything we do — and I mean everything (so if you think you live in the land of the free, you are grossly mistaken). So why is it so reluctant to step in and set some regulations for foods that make us fat?

Instead we’d rather be “free” to kill ourselves and our loved ones at all-you-can-eat pizza buffets.

Perhaps the most disturbing part of all of this is that The American Cancer Society didn’t consider this  “news.” They assert that these results just confirm what we already knew.

It’s true that we already knew weight was an important risk factor for developing certain types of cancer before this study came out. What we now know from this new research is that BMI is associated with the majority of cancers and. For 10 of the most common cancers, higher BMI was very clearly associated with higher risk. (Still chowing down on that bagel as you read this?)

Researchers found the greatest effect was on uterine cancer. Specifically, if an average-height woman gains 25 pounds, her risk for uterine cancer increases by over 60 percent. (Have you stopped sipping that sugar-filled mocha latte yet?)

This study noted that obesity alone accounted for about 3,000 cases of uterine cancer per year in the UK. If you extrapolate that figure to the US population, it would equal 10,000 cases.

But we’re not just talking about uterine cancer here. The researchers found BMI was associated with 17 of the 22 cancers they were looking for. Which represented 90% of all cancers.

There were significant weight-related increases in risk for cancers of the gallbladder (31%), kidney (25%), and liver (19%), and smaller increases (roughly 10%) in the risk for colon, cervical, thyroid, ovarian, and postmenopausal breast cancer, and for leukemia.

We simply can’t afford to ignore the impact of being overweight any longer. And if the “powers that be” aren’t going to do anything about it, it’s up to us. If you’ve got weight to lose, consider this your call to action. Now is the time to shed those excess pounds once and for all. And I’ll give you all the tools, help, and support you need to do it right here in the Reality Health Check, and in my monthly Logical Health Alternatives newsletter. If you’re not already a subscriber, this is the perfect time to get started. Your life could very well depend on it.

Fruits and vegetables will save your life: By the numbers

You’re well aware by now that eating fruits and vegetables is a great way to reduce cancer risk. But a new study says it in a way that’s truly eye-opening…

The study, done at the Harvard School of Public Health in Boston, noted that for every portion of fruit and vegetables consumed, there was a 5% reduction in the risk of premature death.

Of course, the study concluded that this benefit trailed off above five servings. Which led the researchers to dismiss a previous study that called for increasing the recommended intake of fruit and vegetables from five to seven servings a day.

Really, guys? All that funding and research to tell people to eat less good stuff?

Well, at least they acknowledged the benefits of eating five servings I guess.

But what I found particularly interesting about this new research was a quote in one of the articles I read about it. As Catherine Collins, principal dietician at St George’s Hospital in London put it: “If this [eating five portions of fruit and vegetables a day] was a drug, and you said, ‘If you take this drug, it will reduce your risk of premature death by 25%,’ we would be making millions with drugs companies.”

Well, the drugs companies aren’t exactly going to be putting her on their holiday gift list for saying that… but I’m obviously glad she did. I’ve been echoing her sentiment for years now.

It’s a powerful statement about the benefits of good food. And at the same time, a chilling commentary on how much control the pharmaceutical industry has over our health … and our lives.