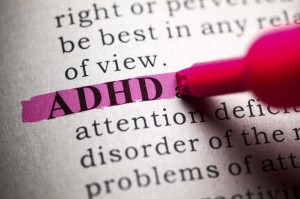 The following study really struck a chord with me, since so many children are being diagnosed with ADHD these days. And it reveals a startling new link to diet. One that anyone involved in the upbringing and feeding of kids with ADHD must know.

It appears that children with attention deficit hyperactivity disorder (ADHD) could be at risk of disordered eating patterns that can lead to obesity and other health problems, say researchers.

The new findings come from the Johns Hopkins Children’s Center, which reveals that kids with ADHD are significantly more likely to have an eating disorder known as loss of control eating syndrome (LOC-ES). This disorder, which is extremely similar to binge eating, is typically diagnosed only in adults.

The researchers reported that the odds of having LOC-ES were 12 times higher for children diagnosed with ADHD, compared with those without the disorder. Furthermore, those who were overweight or obese and had LOC-ES had seven times the odds of also having ADHD. Some experts have suggested a link between the impulsive behavior of ADHD and the inability to regulate appetite and food consumption.

I said this struck a chord with me, and there are two reasons why. First is that I had never heard, or thought, of that association before. But the second reason this study gave me pause is a bit more frightening…once you stop and think about where the researchers may be going with this new insight.

You see, binge eating is the new “hot” disorder amongst those who eat too much. In fact, a pharmaceutical company essentially devised it so they could keep a patent on their drug known as Vyvanse.

Once a drug company has a new use for a drug, it gets to stay on patent and charge a lot more money for it and…voila!…we have binge eating for adults. With Monica Seles as its spokeswoman.

Now, Vyvanse is an amphetamine so, by its very nature, it’s going to control one’s appetite. Seles, on the other hand, was brutally stabbed when she was at the pinnacle of her career…so there may be other issues as to why she overeats…

It never ceases to amaze me how many different facets of our personality and our physiology drive the obesity epidemic; but I, for one, am glad that we are starting to uncover the many possible causes in hopes of developing more strategies that work on an individual basis.

This is part of the reason why I tend to know so much about my patients’ lives: so I can help them achieve their health goals, no matter who they are or what they’ve been through. I hope your doctor does the same.

I’m not going to control every aspect of your parenting. Different parents have different styles. But what I do expect you to do is to watch everything your kids eat when they’re with you, stock the kitchen with healthy options, send them to school with healthy lunches, and make sure their teachers know the situation and alert you if there are schoolyard junk-food deals going on. And if you have grandchildren with ADHD, please be sure to share this new research with your children. And keep a close watch on the pantry when your grandkids are under your roof!