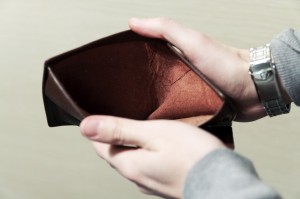 According to a new analysis, the cost of managing diabetes is twice what it was two decades ago.

That’s right. If you have diabetes, your expenses have doubled in the past 20 years. If you rely on mainstream treatments, that is.

Researchers examining the National Medical Expenditure Survey from 1987 found that the average diabetes patient spent $5,378 per year in 2010. Which is $2,790 per year more than they did in 1987.

I have two things to say here. (Actually, I have 500 things to say, but I don’t want to take up your whole weekend.) First is the obvious: It’s downright criminal to charge people such exorbitant prices to manage a disease that is literally being spoon-fed to us.

Secondly: The prospect of spending $5,000+ a year on diabetes care (and I really feel that number is conservative) compels me to reiterate something I’ve said before…

I know free-range grass-fed meat, wild-caught salmon, and organic produce isn’t cheap. But if you add $100 per month to your current grocery budget toward foods like this, it’s still less than a quarter of the cost you’d spend on diabetes drugs and other disease-related expenses. (And keep in mind, that $5,000 sum revealed in this recent study ONLY factors in diabetes…The Standard American Diet leads to far more health concerns—which means far more money out of your pocket.)

If you ask me, a healthy, disease-free future is well worth the investment. And it may just SAVE you money in the long run.