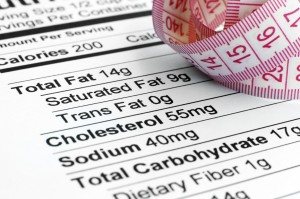 On Monday, I talked about how the FDA declared … quite a bit too late … that a whole class of common painkillers are so potentially dangerous that they need to have heart disease and stroke warnings on them.

Today, I’m turning my attention again to the FDA and yet another one of their tardy declarations. I always thought they moved slowly, but they truly outdid themselves with this one.

And by that, I am talking about the fact that it’s taken them 40 YEARS to finally make it a law that trans fats should be removed completely from our food supply (actually – not completely — I mean, come on, we do have many highly paid lobbyists from the food industry that we have to placate).

Anyway: based on a thorough review of the scientific evidence (major eye roll – how long has this been sitting in front of us?), the U.S. Food and Drug Administration finalized its determination that partially hydrogenated oils (PHOs), the primary dietary source of artificial trans fat in processed foods, are not “generally recognized as safe” (GRAS) for use in human food. Food manufacturers will have three years to remove PHOs from products.  This determination will significantly reduce the use of PHOs, the major source of artificial trans fats, in the food supply.

OK – how many things are wrong with that paragraph.

First of all, it took them 40 years to recognize this. We covered this one already.

Secondly, food manufacturers will have three years to do this. I guess another 3 years of causing heart disease and obesity is nothing to these people.  This sickens me.

I have got to let you read this exact quote:

“The FDA’s action on this major source of artificial trans-fat demonstrates the agency’s commitment to the heart health of all Americans,” said FDA’s Acting Commissioner Stephen Ostroff, M.D. “This action is expected to reduce coronary heart disease and prevent thousands of fatal heart attacks every year.

This self-pat on the back makes me sick. How many heart attacks happened and how many people died in those 40 years, when people like me were being abused by people like them for even suggesting that trans fats weren’t good for us and that butter may in fact be better than margarine?

Since 2006, manufacturers have been required to include trans fat content information on the Nutrition Facts label of foods. Between 2003 and 2012, the FDA estimates that consumer trans fat consumption decreased about 78 percent and that the labeling rule and industry reformulation of foods were key factors in inspiring healthier food choices and reducing trans fat in foods. But this isn’t exactly boast-worthy: as little as one gram per day causes heart disease and there is four grams in just one donut (let alone a cro-nut!!).

Again, these people are so delusional, that you must read this quote:

“Studies show that diet and nutrition play a key role in preventing chronic health problems, such as cardiovascular disease and today’s action goes hand in hand with other FDA initiatives to improve the health of Americans, including updating the nutrition facts label,” said Susan Mayne, Ph.D., director of the FDA’s Center for Food Safety and Applied Nutrition. “This determination is based on extensive research into the effects of PHOs, as well as input from all stakeholders received during the public comment period.”

Whoa – what stakeholders? Isn’t their job to protect us no matter what the supposed stakeholders’ opinions are? I guess not with a statement like that; and, I guess that studies are only now showing that diet and nutrition play a role in preventing chronic health problems.

Even more maddening: This new judgment will allow companies to either reformulate products without PHOs and/or petition the FDA to permit specific uses of PHOs.  What specific use will there be?

And by the way: Currently, foods are allowed to be labeled as having “0” grams trans fat if they contain less than 0.5 grams of trans fat per serving, including PHOs, the primary dietary source of artificial trans fat in processed foods.

Oh, what a tangled web they weave…