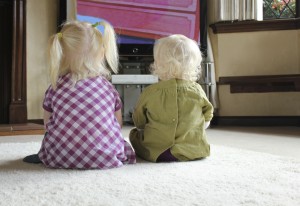 It’s maddening to me that public health groups in this country worked so tirelessly to ban cigarette advertising and limit alcohol advertising to protect kids from these dangerous substances. Yet, when it comes to food advertising aimed at children, we can’t seem to get our acts together.

When you look at the health benefits we have seen since the bans on tobacco ads alone—and the resulting attitude adjustment towards cigarettes—it may be one of America’s best public health accomplishments to-date.

But if we’re ever truly going to get healthier as a nation, the same must occur for food.

While the powers-that-be in this country are sitting around twiddling their thumbs on this front, other countries are beating us to the punch—and I applaud them. Take the Netherlands: A ban on all forms of food advertising to children under the age of 13 is now in place there. And it’s not even an entirely new ban. They merely raised the age of the original ban, which has been in place for a decade.

The previous ban restricted food ads aimed at children younger than 7. With the latest changes, it now covers all food advertising targeting children under 13.

The ban also lays out some specific rules regarding the types of scenarios that can be depicted in food ads. Anything that promotes overconsumption is off limits. And so are ads that suggest candy and sweets can replace a normal meal.

Despite this ban, some public health groups in the Netherlands still don’t think it goes far enough. They say these regulations fail to take some important factors into account, like packaging, online games, and in-school activities. I actually find this criticism admirable. The country is already making huge strides, yet public health advocates want to see even more progress.

To put this in perspective, consider the fact that the obesity rate in the Netherlands is 10 percent. And there’s a huge public outcry about it. Here in the US, our obesity rate is more than 33 percent…and all you hear is crickets.

Of course, the mere mention of a ban like this in the US would incite public riots about our loss of freedom. But all I can say is: Freedom to do what, exactly? Market nutritionally devoid “food” that leads to obesity, diabetes, and heart disease to children? Why would anyone want that sort of “freedom”?

I could go on, but I think you get the gist. The Netherlands is putting the health of its children ahead of the interests of the food industry. Isn’t it time we did the same here in this country?

In the meantime, I’m here to help you feed your kids well. I wrote the book on it. Literally.

Diabetes, obesity, cancer, and heart disease are all controllable simply by focusing on what goes into our mouths. So why is it wrong to regulate how food is portrayed in advertising—especially to our next generation? The fact is, we don’t have any time to waste. We are in the midst of an epidemic of untold proportions. So, we best get moving TODAY.