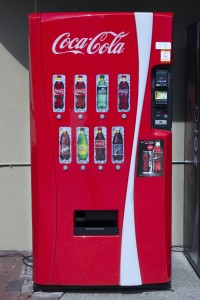 If you’ve been reading my Reality Health Checks for a while now, you’re well aware of the hazards of drinking soda. Now University of California researchers have proven it once again. And their findings may be the most alarming ones yet. According to this new study, soda impacts your health all the way down to the genetic level.

The researchers found that regularly drinking sugar-sweetened soda could increase the risk of disease development by accelerating cellular aging.This is a critical piece of information because, as I’ve told you before, the newest frontier in medicine is understanding how to alter our genes so that we live longer, healthier lives (it’s an exciting field of study called epigenetics). And now it looks like giving up soda is one of the simplest ways we can do that.

The researchers analyzed over 5,000 people between the ages of 20 and 65. And they found the people who drank soda had shorter immune cell telomeres than those who didn’t.

Telomeres are protective DNA units that cap the ends of chromosomes in cells. (Sort of like the plastic tips of shoelaces.) Short telomeres in white blood (immune) cells have previously been associated with chronic diseases including heart disease, diabetes and some cancers. So you can see why they’re so important.

But perhaps the most disturbing part of this new study is that just 12 ounces of soda a day—the same amount you get in a single can—led to significantly shorter telomeres. Which, in turn, means significantly higher risk of all those chronic, potentially deadly diseases.

And the researchers calculated that drinking 20oz. of soda per day really speeds up the downward spiral. This amount—which you get in one bottle from the vending machine or convenience store—accelerated biological aging by 4.6 years. In other words, every time you drink one bottle of soda from the vending machine or convenience store, you shave almost five years off your life.

With proof like this, how can the “powers that be” deny sugar causes heart disease, diabetes and cancer? I’m sure they’ll find a way. But I’m still excited, because this is a true breakthrough.

This study showed that regular consumption of sugar-sweetened sodas influence disease development, not only by causing damage to the body’s metabolic control of sugars, but also through accelerated cellular aging of tissues (due to those shorter telomeres). Finally, this is some real 21st-century stuff where nutritional science is concerned.

But while we’re on the subject of keeping your telomeres intact, guess what increases telomere length? Regular exercise, for one. And also a good, quality multivitamin daily. And of course, kicking any lingering soda habit you might still have is an absolute must.

In the end, sugar really does kill…and it does so at a genetic level. Every soda, every candy bar, and every donut makes an impact—and not for the better. This is real. And really scary. But that’s why I’m here…to arm you with information. And to help you use that knowledge to turn your life—and your health—around…

“Soda and Cell Aging: Associations Between Sugar-Sweetened Beverage Consumption and Leukocyte Telomere Length in Healthy Adults From the National Health and Nutrition Examination Surveys,” American Journal of Public Health, epub ahead of print 10/16/14