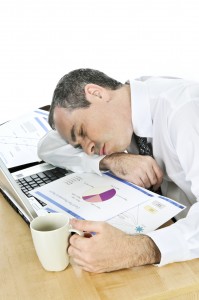 It’s easy to think of quality sleep as a luxury. But let me make this very clear: It’s not. Sleep deprivation will erode your health every bit as fast as sitting on your couch eating donuts and ice cream.

And the new study I want to share with you today just adds an extra dimension to the danger.

Get this: A team of Chicago researchers recently completed a sleep experiment on 26 adults. The goal of their study was to assess whether “circadian misalignment” poses risks to your health that go above and beyond plain old lost sleep.

I’ve touched on the importance of circadian rhythm before. It’s the technical term for the biological clock that regulates your body’s most primal functions—and most notably, your sleep/wake cycles.

So suffice it to say that when your circadian rhythm is out of whack, so is everything else.

The difference? One group slept those five hours at night during “normal” bedtime hours. The other group was forced to delay their five hours of sleep for four of the eight “sleep deprivation” days.

After a week of sleep deprivation, both groups experienced significant increases in insulin resistance and inflammation—which is pretty much a surefire recipe for a future diabetes diagnosis. But the news gets a lot worse.

Turns out, men whose circadian rhythms were also disturbed (i.e. those who didn’t go to sleep at a normal bedtime hour) experienced double the damage. So it looks like they don’t call it the “graveyard shift” for nothing.

Obviously, sleep deprivation isn’t good for anyone. But if you’re a shift worker, consider this a major red flag. And it makes good nutrition, regular physical activity, and quality sleep—even if it’s in the middle of the day—that much more important for you.

I realize, of course, that getting a good night’s sleep may be easier said than done (and not just for shift workers). This is an unfortunate reality for a lot of people.

But guess what? A prescription for Lunesta or Ambien isn’t the solution. Because chances are, insomnia isn’t really your problem. In fact, sleepless nights are often just a symptom of a much bigger underlying issue.

The good news is, most cases of chronic sleeplessness can be cured—and for good, too. All you need is a comprehensive strategy aimed at addressing the underlying cause keeping you up.

And that’s exactly what I’m sharing in the most recent issue of my monthly newsletter, Logical Health Alternatives. So if you’re a subscriber, then you’re already one step closer to a lifetime of sound sleep.

And if you’re not? Don’t wait until you’re wide awake at 3 a.m. again to do something about it. Sign up today.