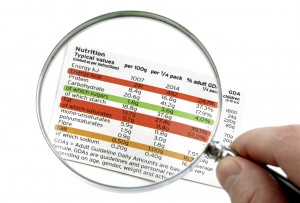 It’s time to focus on phosphates once again. They’re the preservatives and stabilizers that food manufacturers routinely put in processed and packaged foods.

I’m not talking about phosphorus, by the way–that’s an essential mineral found in foods like pumpkin seeds, cheese, salmon–all stuff that’s part of my Hamptons diet. In contrast, there’s nothing essential, or natural, about phosphates.

Researchers looked at food recall data from 7,895 adults, and, from that, categorized phosphorus content of foods as organic or inorganic. And, using something called multiple regression analysis, the researchers correlated diet with phosphorus levels in the blood.

And, adjusting for factors like body mass index, the researchers foundthat dairy products and cereals/grains having inorganic phosphate additives significantly increase the concentration of phosphorus in your blood. And that’s despite the fact that the study participants ate them less frequently than foods without added phosphates.

After coming to this alarming conclusion, the researchers called for food manufacturers to consider alternatives to phosphate additives. Or at the least, to start include phosphorous on the Nutrient Facts label (like that will ever happen considering the sad state of nutrition labels).

In addition to kidney damage, phosphates can also triple your risk of heart disease, which I first alerted you to last year.

Your action plan is not hard to figure out here: Stick to fresh produce, organic meat and fish, nuts, cheese and NOTHING that’s filled with preservatives and/or shows up in a can.