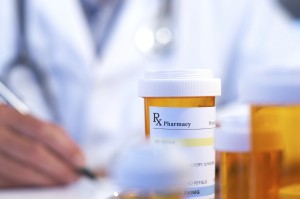 A couple of weeks ago, I told you how Big Pharma has been cherry picking which clinical trialsthey report. But it looks like things are even worse than I imagined. In fact, out of all of Big Pharma’s transgressions I’ve told you about over the years, what I read the other day was the most shocking.

Apparently, drug manufacturers aren’t just sweeping unfavorable study outcomes under the rug…According to a research letter published in the Journal of the American Medical Association in July, it appears drug manufacturers have also been slow to report debilitating or deadly side effects of the drugs they’re testing in clinical trials.

Based on a mandate by the FDA, when a clinical trial is underway, drug manufacturers are supposed to report any serious, life threatening, or adverse drug effects within 15 days after they are made aware of them by the researchers conducting the trials.

According to the JAMA article, over a ten-year period — from 2004 to 2014 — trial investigators did their part and reported 1.6 million side effects to the drug manufacturers. But when the drug companies were supposed to report these incidences to the FDA, they missed the deadline about 10 percent of the time. Sometimes they took as long as 6 months to report these serious and life-threating adverse effects.

But the biggest sin of omission isn’t just that Big Pharma failed to act in a timely manner. It’s that, most of the time, the adverse effect they were slowest to report was the most important one…

In these ten years, 40,464 people died while participating in pharmaceutical clinical trials. Who knows how many lives could have been saved if Big Pharma followed the rules and acted swiftly?

And what’s the FDA’s response to all of this?

They’ve been suspiciously quiet on this one, no doubt because it involves their longtime bedfellow Big Pharma. But it’s quite a different scenario when it comes to making an example out of independent doctors…I’ve seen what happens when individuals try to expose the FDA’s horrendous sins. They act swiftly, often with guns blazing, and can shut them down in an instant.

Obviously, there’s a lot of handholding going on behind the scenes here. A researcher who studies drug development at Tufts University said, “There is no question…it is critical [for] manufacturers [to] report adverse events, accurately attributed to their respective products, in a timely manner to ensure patient safety…but speed shouldn’t be prioritized over accuracy.”

Really? How about speed and accuracy? And saving people’s lives in the process? Isn’t that the ethical thing to do here?

Which brings me back to the whole clinical trial atmosphere — and the lack of transparency involved in it.

For instance, when patients are recruited to participate in pharmaceutical clinical trials, the consent forms often fail to disclose what’s known as “black box warnings,” which are side effects that may be fatal or cause serious illness or disability. In fact, when researchers reviewed the clinical trial process and protocols at one medical center, they found “black box warnings” were not listed on the patient consent forms 63% of the time.

In other words, study participants often have NO idea they may be putting their lives on the line when they sign up.

And the really disturbing thing is… about a third of these drugs with hidden “black box” warnings get through the clinical trials, are approved by the FDA, and then are aggressively marketed to the general public.

Doesn’t that just make you feel all warm and fuzzy, and safe and secure about the pills your doctor prescribes for you?

That’s why real data is so critically important when it comes to taking any FDA approved drug. Because the half-information your doctor is basing his prescriptions on can be deadly.

Once again, the government has single handedly put you in harms way at the behest of Big Pharma…all in the name of greed.

When are we going to collectively demand more of those who are supposed to be protecting us?