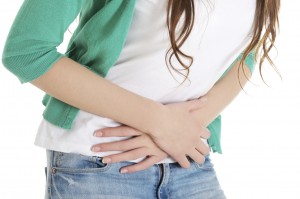 I’ve been telling you for ages that the food you eat is making you sick. And now, it looks like it’s official.A couple of weeks ago, I shared some details about the FDA’s new Food Safety Modernization Act. Well, in what reads a timely homage to this overdue legislation, the CDC has released a few food safety guidelines of its own.

This new report exposes the most common culprits of food-borne illness. It’s drawn from a decade’s worth of data. And it contains information you should probably keep handy.

That’s because roughly one in six Americans are food poisoned every year. That’s a whole lot of people. And more often than not, the cause remains a mystery.

You might, however, be able to make an educated guess.

In creating this report, the CDC looked at close to 5,000 food poisoning outbreaks between 1998 and 2008, evaluating both the cause and the specific type of illness.

As it turns out, fruits and vegetables were behind nearly half of all food-borne illnesses. Leafy greens, it seems, were particularly dangerous.

And norovirus–the dreaded “stomach flu” that has hit the country so hard this year–was usually to blame. (Yes, norovirus is actually a food-borne illness. Outbreaks usually trace back to food handlers who don’t wash their hands.)

Dairy products came in as the second most common cause of food poisoning–while poultry took honors as the most fatal, causing 19 percent of all deaths. (Most of which were caused by salmonella and listeria.)

Meat and poultry combined caused a total of 22 percent of illnesses and 29 percent of deaths. Dairy and eggs caused 20 percent and 15 percent of the same.

Fish and shellfish, meanwhile, were only responsible for 6.1 percent of illnesses, resulting in just a slightly higher percentage of deaths.

And that’s just what the CDC knows about.

Maybe you’re already taking all the precautions necessary to avoid food poisoning. But here’s a little refresher just in case.

First, remember that cross contamination is a leading cause. This might sound obvious, but clearly it bears repeating. Always prepare your meats on separate surfaces away from other foods.

Also? Wash your hands. Often. And wash your fruits and veggies well, too. (Unless, of course, that lettuce has already been triple-washed–in which case, you run the risk of contaminating your own food.)

And if you’ve recently been sick, let somebody else handle your family’s food prep for a few days.

Unfortunately, there’s not a whole lot you can do to prevent food poisoning when you’re eating out. But if you see that employees aren’t washing their hands, don’t hesitate to report it to the manager or the health department.

And once you’ve done that? Find a new place to eat.