Our mission at Dr. Pescatore’s Logical Health Alternatives is to provide cutting-edge health information. Nothing on this site should be interpreted as personal medical advice. Always consult with your doctor before making any changes regarding your health.

It looks like there’s a new weight loss wonder drug on the market.  I’m talking about semaglutide, which was approved by the Food and Drug Administration (FDA) in 2017.  Of course, it wasn’t originally intended as a “diet pill.” It was actually designed to help control type 2 diabetes. But the fact that it’s now being touted for weight loss isn’t a […]

Yesterday, I shared some grim statistics—and talked a little bit about the high price we stand to pay as a country for letting the twin epidemics of diabetes and obesity run rampant for far too long.   So, today, I want to make sure that message really sinks in—by reminding you that amputation, blindness, and cancer are just a few of the potential consequences of a type 2 diabetes diagnosis…  [...]

I first learned the term “diabesity” from my mentor, Dr. Robert Atkins, years ago. And I still use the term today—more often than not, unfortunately.   It describes the twin epidemics of type 2 diabetes and obesity… which have rocketed alongside one another for a reason. In fact, these two conditions are so tightly linked that even the powers-that-be can’t deny it any longer.  But if we don’t [...]

Of all the drugs that drive me absolutely insane, few infuriate me quite as much as antidepressants. Yet they remain one of the top ten drugs in the country, even as research continues to expose one shocking side effect after another.  This would be bad enough if the only reason doctors prescribed these drugs was to address depression and anxiety. […]

Even before the coronavirus hit our shores, some 40 million adults in the U.S.—and countless kids and teens—struggled with an anxiety disorder.   And now, a full year into the pandemic, it’s safe to say that we’re hurtling toward a full-blown national mental health crisis. (I don’t have the exact statistics on hand, but I’m willing to wager that these numbers have at least doubled.)  Of [...]

New research shows a simple, natural compound can actually “reprogram” cancer cells…and shut off some of their most notorious defense mechanisms. 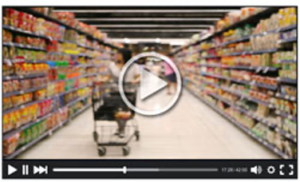 In one study of 29 people, 100% of colon cancer patients who took this natural remedy following surgery had no sign of recurrence after four years.

And in an animal study, this simple compound didn’t just bring aggressive breast cancer to a screeching halt—it actually shrank existing tumors. Without ANY negative side effects.But the most astonishing part of all?

This natural wonder can be found in some common, everyday items available in any neighborhood supermarket.

So why isn’t it making headlines as the greatest cancer breakthrough of the 21st century?

The answer will make your blood run cold... (Find out all the details in this presentation.)

This may be the biggest medical discovery on record. 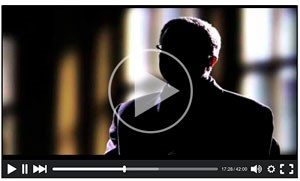 Studies show a single, natural compound can re-fuel brain cells and help bring hopeless Alzheimer’s patients back to life starting in as little as 90 minutes.

But one of the lead researchers flat out admitted the end goal is to wait until a pharmaceutical option exists even though this natural compound could help tens of thousands right now!

Please, if you or a loved one is concerned about Alzheimer’s see all the details now, while you still can.