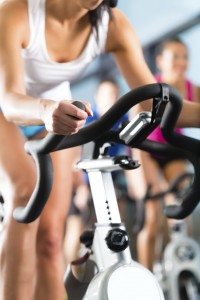 Two minutes a week. That’s really all the exercise it takes to lower your risk of diabetes.

There’s a catch, of course: You have to work hard to make those two minutes count. But if you can swing it, the dividends could be enormous.

That’s the takeaway of one recent study on high-intensity interval training (HIT). It’s an approach to exercise I’ve talked about before. And it’s the perfect strategy for anyone who wants to get all the benefits of 30 minutes a day in just a fraction of the time.

And when I say fraction, I really mean it. This study followed a small group of overweight, middle aged adults. (Three men and 11 women.) Six of these subjects served as a control, while the remaining eight followed a HIT program for eight weeks.

The training sessions were only twice a week, and mere minutes long. Subjects performed 10 six-second sprints on an exercise bike—with a minute recovery in between each sprint. Yes, the overall “workout” takes 11 minutes. But you’re actually only exercising for one minute, total.

And yet within a couple of months, you’d think these subjects had clocked hours at the gym. Their aerobic capacity was up eight percent. Their physical function boosted by as much as 27 percent. And their blood sugar was down six percent overall.

In other words, HIT lowered these overweight patients’ risk of heart disease and diabetes. With just one minute of exercise, two times a week.

The bottom line? Anyone who’s been putting off exercise because they “don’t have the time”…well, they just ran out of excuses.