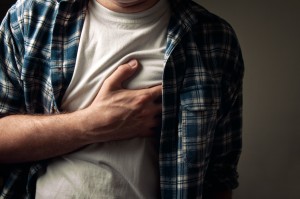 I’ve long talked about the negative momentum effect that diabetes sets off. Namely: diabetes sets the stage for other health problems and emergencies, which result in a negative health spiral that can ultimately be fatal.

A new analysis bears this out, by the numbers.

And it’s an ENORMOUS analysis, at that.

It included nearly 1.2 million participants. In that group, 135,000 deaths occurred. The mortality rate associated with diabetes, stroke, and heart attack was similar for each of those conditions.

That makes having more than one of these conditions more serious than lifelong smoking (which has been associated with 10 years of reduced life expectancy) and HIV infection (11 years less life expectancy).

And if you’re crazy enough to think, “Well, I just have one of these conditions” – the others aren’t far behind. All you need to do in order to refresh your memory of this, is to type “diabetes,” “stroke,” or “heart disease” into the search bar in the upper-right corner of drpescatore.com. And you’ll find plenty of info on how insidious these diseases are – separately and together. (As well as plenty of tips for beating them. Hint: drop the soda can and bid adieu to that croissant.)