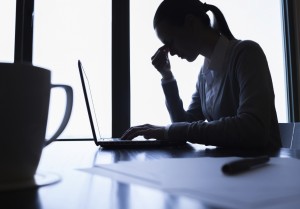 There’s a “new” anti-aging hormone in town that researchers are beginning to shine a spotlight on. And with each new study, the potential benefits become even more enticing.

Much of the early research on this new piece in the longevity puzzle involved mice and worms. But as the evidence mounts, more recent studies have looked at the role of this hormone in humans. With each new study, we’re learning more about how this hormone may impact our health and longevity in multiple ways. So it’s high time you learn about it, too.

It’s called “klotho.” And no, it’s not named after the latest Marvel superhero… The Japanese researchers who discovered it named it after one of the three daughters of Zeus and Themis in Greek mythology. The three daughters controlled the duration of life. Clotho would comb and spin the thread of life, Lachesis would determine the length of life by measuring the thread’s length, and Athropos would cut the string bringing life to an end. And as research is showing us, the klotho hormone indeed helps regulate aging, among other things.

In the latest study, researchers at University of California San Francisco found that women under chronic stress have significantly lower levels of klotho, compared to low-stress controls.

And, what’s more, the women in the study who had clinically significant symptoms of depression, had even lower levels of klotho in their blood than those who were under stress but weren’t experiencing those depressive symptoms.

The findings suggest that klotho could be a link between chronic stress and premature disease and death.

Klotho naturally declines with age, but still, this decline only happened among the high-stress women. The low-stress women did not show a significant reduction in klotho with aging.

I’m not a big fan of telling you about animal studies but scientists know from their work in mice and worms that, when klotho is disrupted, it promotes symptoms of aging, including hardening of the arteries and the loss of muscle and bone. And when klotho is increased, the animals live longer.

In previous work, the study’s senior author Dena Dubal, MD, PhD, showed that one in five people have a gene variation that’s associated with having more klotho in the bloodstream. These people were also found to have better cognitive function and tended to live longer with lower rates of age-related disease.

They also found that increasing klotho in mice not only boosted their cognitive ability, but also made them more resilient against Alzheimer-related toxins. This suggests a therapeutic role for klotho in the brain…which is extremely encouraging.

So what’s your action plan here? Well, if you don’t already, you really have to recognize and accept that chronic stress transmits risk for bad health outcomes in aging, including cardiovascular and Alzheimer’s disease.  These are two things many of my older patients are very concerned with.  If we could figure out a way to increase levels of this longevity hormone, it could have a big impact on people’s lives.

Until then, your job is to decrease your stress. “Yeah, right,” you’re probably saying. And I get it. It’s not easy to escape the stress of daily life. You can’t just take a sabbatical from work and sit under a palm tree. But you can combat the effects of daily stress, naturally, with a variety of supplements–from fish oil to Ayurvedic herbs.

Next, cut sugar and carbs in favor of high-protein, low-carb foods and a diet rich in monounsaturated fats (fish, avocados, nuts, olives, olive oil, and macadamia nut oil) and get a 15-minute walk in EVERY day. Altogether, this will help you fight stress–and keep you healthier in general.

“Longevity Hormone is Stronger in Stressed and Depressed Women.” http://www.ucsf.edu/news/2015/06/130516/longevity-hormone-lower-stressed-and-depressed-women