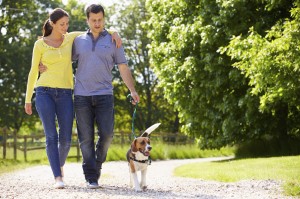 Since I am a middle-aged man, a study I just read caught my personal attention. The study’s researchers concluded that fit middle-aged men may maintain youthful lipid (blood fat) levels longer than those who aren’t fit.

The study’s researchers found that levels of the fats in your blood (HDL and LDL cholesterol along with triglycerides) increase from about age 20 to middle age and then begin to decline. That decline is known as dyslipidemia, which I discussed yesterday in my email about cognitive function in older adults.

That process is a normal part of aging. But that doesn’t mean you have to just live (or die) with it.

That’s because, the study showed, being very physically fit may delay that process by 15 years.

Analyzing data from healthy 20- to 90-year-old men, the researchers found that men with low levels of cardiorespiratory fitness, as measured on a treadmill, reached above-normal levels of cholesterol (above 200 mg/dL) when they were in their 30s. But, by contrast, men with a high level of fitness started showing these high cholesterol levels when they reached about 45 years old. Clearly that’s a major difference.

And what’s more: regardless of time, lifestyle, and metabolic characteristics, a higher level of cardiorespiratory fitness was associated with better lipid and lipoprotein profiles, especially in young- to middle-aged men. This is one more reason you should be exercising. And eating right.

Unfortunately, here’s where the crazy comes in. Doctors who commented on this study faulted it for saying that the participants were a unique clinical demographic, and had lower risk characteristics than typical people (i.e., just 2.8 percent had diabetes, and the mean body-mass index was 25.9).

“These characteristics are not typical of the patients for whom an exercise prescription may be considered by physicians in daily clinical practice,” they note.

Well, that is just wrong. These types of people should be encouraged just as much as those that may “need” it more. Why does the health care industry seemingly only cater to those who don’t exercise, don’t eat well and don’t take care of themselves?

That said…I do need to make another important point here: If you’ve read my Reality Health Check eletters for a while now, you’ll know I don’t put too much weight on cholesterol. In fact, I think a lot of the hoopla around “high cholesterol” is a myth. As I’ve written about before: “bad” cholesterol isn’t always bad.

I don’t even believe in cholesterol as a marker or problem for heart disease in and of itself. However, I do believe it is an inflammatory marker and, as such, it needs to be monitored. But not for the same reason that other docs think. (Those same docs, by the way, are the ones who are completely disinterested in telling you how to adapt healthy diet and exercise habits, yet are more than happy to get you hooked on statins.)

Oh, and by the way, don’t be scared by the “physically fit” part of this study. As I’ve told you before, fitness doesn’t involve climbing Mt. Everest or being able to lift a small car. All it takes is a 20-minute walk each day…which will not only improve your lipid profile, but, will reduce your risk of death by a third.

So get moving…and keep your sugar intake down. (Don’t follow that walk with a sugary soda or sports drink. A refreshing glass of cold water with a squeeze of lemon or lime will do you just fine.)