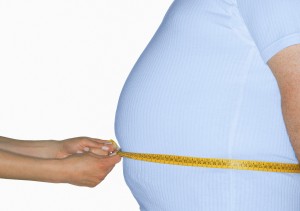 I’m not sure why we needed a study to prove something we can all see with our own eyes every time we step outside. But here you have it: new research reveals U.S. waistlines are getting bigger.

A study in the Journal of the American Medical Association noted that average waist circumference increased from 37.6 inches in 1999 to 38.8 inches in 2012. And the prevalence of abdominal obesity increased significantly from 46.4 percent to 54.2 percent during the same period.

In other words, more than HALF of the people in this country are “abdominally obese.” For men, that means having a waist that’s 40 inches or more. And, for women, 34.6 inches.

I know it’s not politically correct, but I’ll say it anyway: This isn’t a good look—for anyone. But this goes far beyond a vanity issue. This trend is downright deadly. And what infuriates me about it is that the “experts” refuse to acknowledge the real reasons why so many Americans are getting bigger and bigger with each passing year. Take a look at what these researchers said, for example:

“The reasons for increases in waist circumference… remain speculative, but several factors, including sleep deprivation, endocrine disruptors, and certain medications, have been proposed as potential explanations.”

Now, I’m not denying those factors DO play a role in weight. But, seriously, have these researchers been under a rock when it comes to the dismal state of nutrition in this country? Have they missed all the daytime-TV commercials for fast food chains? Sandwiches made of waffles, maple syrup and various kinds of processed meat? All-you-can-eat buffets? Unlimited breadsticks? Bottomless fries?

And what about exercise? Where’s the mention of that?

I’ll say it again: There’s no use doing these studies if the real reasons for exploding waistlines are ignored. But I take them as another chance to remind you that you have the power to stop this dangerous trend… at least in your own life. You know the drill: stick to the New Hamptons Health Miracle, make friends with your local farmer’s market, and walk for at least 20 minutes a day.