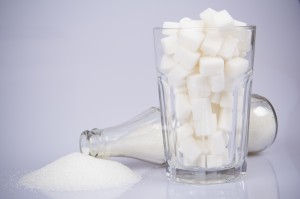 Here’s a shocker: It seems soda sales are on a downward trend in the U.S.. And apparently, the volume of carbonated soft drinks consumed has been in decline for a decade.

Today per capita levels are lower than they have been since the mid-1980s. For instance, in 2007, once-per-day youth soda consumption was 34 percent. By 2013, it had fallen to 27 percent.

This decline led one analyst to compare the soda industry to the tobacco industry. Now, I would be thrilled to see soda sales in this country take a nosedive the way tobacco sales have in recent years. But the fact is, even if soda sales plummeted, it still wouldn’t solve the “drinking” problem we have in this country.

To give you a better idea what I mean, let me just quote the analyst who made this comparison. She states, “To be sure, these are two entirely different products on many levels. Cigarettes have the mixed blessing of being dangerous, but addictive. Sodas, on the other hand, are widely enjoyed but can be easily substituted at no cost.”

This mindset is dangerous on a number of levels.

First of all, let’s just do away with this delusion that soda is somehow safer than cigarettes. It’s every bit as dangerous. And equally addicting.

But, unlike cigarettes, soda isn’t the “lone gunman” of the beverage industry. Sugar is hiding in all sorts of drinks. We know from brain scans that nicotine and sugar (not JUST soda) light up the same parts of the brain that give us pleasure. (Which is why it’s absurd that people are so in favor of the government stepping in to regulate tobacco—but so opposed to it doing the same for sugar.)

And while I would love to believe that the decline in soda sales means people are drinking water instead, I know full well that would be wishful thinking.

Just because more people recognize that “soda” is unhealthy doesn’t mean they’re making better choices. Take the sports drink category. They’ve become hugely popular. But they’re riddled with sugar. Plus, I can’t even begin to tell you how many people still consider fruit juices as a healthy alternative to soda.

I don’t care if it’s a can of Coke, a pumpkin spice latte, or a glass of orange juice. The fact is, sweetened drinks=sugar. And as I’ve said many, many times before, sugar kills.

You hear me talk a lot about diabetes, and a lot of times I’m talking about it in connection with another, extremely common condition.

This is another one of those times. A very recent study, which analyzed data collected for over 15 years, suggests that gout is tied to a heightened risk of type 2 diabetes. This seems to be particularly true in women, for whom the risk of diabetes was shown to be twice the risk of those who don’t have gout.

The researchers looked at data from the Health Improvement Network, an anonymous network of nearly 7.5 million patients in the UK. They found more than 35,000 people with newly diagnosed gout. Each of these was compared with up to five people who didn’t have gout but were the same gender, age and weight (that last one is important, as high BMI equates to a diabetes risk on its own).

And after accounting for all other factors, gout still stood out as a significant risk factor for diabetes. Particularly in women—whose diabetes risk was double that of non-gout control subjects.

The study noted that those diagnosed with gout drank more alcohol, visited the doctor more frequently, and had more health problems than those who didn’t have gout. And based on my experiences treating patients with gout, I’d venture to say they didn’t eat particularly well, either.

Now, if you have gout, it’s not a given that you’ll progress to diabetes. But I have one simple solution that can help you ward off both. I generally have my gout patients follow my New Hamptons Health Miracle, but with an emphasis on more alkaline foods. (For an extensive list of alkaline foods, check out www.thealkalinefoods.com.)

Start there, and take a brisk walk daily—and you’ll take care of your gout and your diabetes risk in one fell swoop.

“Independent impact of gout on the risk of diabetes mellitus among women and men: a population-based, BMI-matched cohort study,” Ann Rheum Dis, epub ahead of print 10/2/14